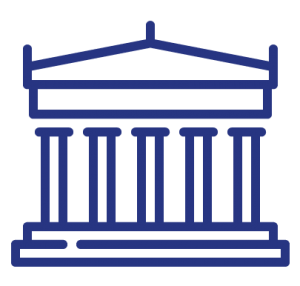 The Cercle Royal Philotaxe (Royal Circle Philotaxe) was founded October 18th, 1819 at the initiative of some “gentlemen” from Antwerp enamoured of order and friendship.

The Philotaxe of the time settled Rue des Tanneurs (Tanner street) in Antwerp and soon had more than 100 members, a significant number in the early 19th century during which Belgium and the Netherlands were one state.

The years 1830-1831 were decisive for the future of our country (year of the Belgian independence). The General Assembly of the Cercle Philotaxe was postponed … because of the siege of the citadel of Antwerp!

On the other hand, the Société civile La Concorde (Civil Society the Concorde) was created. This association had to have premises worthy of its ambitions, so the founders chose the building at the corner of the Place de Meir and the Katelijnevest (Rampart and St. Catherine) where they used the first floor to organize their activities.

The official inauguration took place in 1859 under the chairmanship of Baron J.J.R. Osy of Zegwaart.

Both venues rapidly became the ideal meeting point for leading figures of Antwerp, representatives of professions and members of the top trading companies who have always had at heart to make our city not only a prosperous city with a harbour full of activities, but it also became a favourite spot for artists and intellectuals. 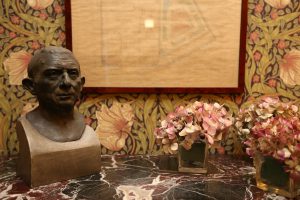 In 1867 the Philotaxe came to a turning point in its history when they modified its role and function to become, according to the archives, a true business association offering venue and lectures the importance of the Antwerp trade required.
This new direction was undoubtedly crucial for the Philotaxe as seen over the years as the Philotaxe flourished and continued to be a magnet for all those who, through their professional activities, desired to maintain and strengthen social bonds in a typical friendly atmosphere.
In 1893 the Concorde, looking for new amusements for its members, merged with the “Fencing Club of Antwerp.” Mr Frederic van den Abeele was appointed to the chairmanship of this section, which secured a reputation far beyond our borders when members of the Concorde, passionate by this noble sport, participated in several Olympic games.

After the First World War, the Concorde resumed its development and gathered the necessary funds for the purchase of land in the Tanners Street and for the installation of premises perfectly suited to its needs.
The installation of the Concorde in its new premises allowed its leaders to offer all the comfort, elegance and charm to its members.
His Majesty King Albert I testified the esteem he held both institutions by bestowing them both the “ROYAL” title. 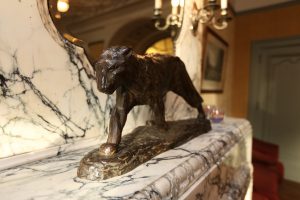 In 1944, after the liberation of our country, both circles welcomed many military personalities passing in Antwerp and representatives of the Allied armies that were staying; many an officer was a frequent guest to our circles during their stay.
At the end of the last century, both the Concorde and the Philotaxe, left their premises in the center of the city to settle in the countryside, to better adapt to the needs of their members, the former went to the field of “Kasteel Den Brandt” and the latter went to “Cleydael Castle”, thus putting an end to the many problems posed by traffic and parking.

A new younger generation had begun to frequent the premises of the Concorde and Philotaxe, providing both institutions with new ideas and energy.
It was then that, at the initiative of the Secretary-Treasurer of the Concorde, Mr Georges Bernaerts, the two circles decided to merge, convinced it was best to unite their destinies. This was realized during an Extraordinary General Meeting held on 18 November 1993.
The Presidency of the new association “Cercle Royal Concorde-Philotaxe” was entrusted to Jean Brion, and the general meeting made Mr Jacques van Doosselaere and Mr Albert Beken the Honorary chairmen.

The new entity now has some 300 members participating in the many activities organized for the members and their friends and relatives and members of affiliated clubs to which it is linked by reciprocal agreements.

The scope of activities of the new Cercle Royal Concorde-Philotaxe has widened.
If traditional events such as monthly dinners, museum visits, the bridge and golf tournaments are still successful, the “Ladies Nights” and trips abroad create friendships that make the charm of our association.
A workshop regularly brings together those who like to exchange views and experiences. Important personalities are invited to talk at monthly dinners, where both the young and the older members enjoy the company of their friends.
Since the 1990’s, a tendency has appeared for the young members to focus their priorities on their working and family life, thus questioning the usefulness of being a member of an association like ours. Meanwhile the older disappear.

By adapting the organisation and the activities of the Concorde Philotaxe, we were able to attract many new members.

For example as from 2000, our past President, Mr Pierre Nowé and his board of directors decided to develop new activities and modify existing to allow all members, including the members which are still professionally active, to find time to participate. To this effect, the Business Class was created in 2008 to attract even more professionally active members; completed in 2011 by a division called the Young Professionals.
The new generation that demonstrates a strong commitment to the Circle, augurs well for it’s future.

With the support of its members, the Cercle Royal Concorde-Philotaxe intends to become a strong entity in the line of what both associations have done so successfully since their inception.

The Concorde Philotaxe intends to remain the core of an elite deeply attached to Belgium and the diversity of its culture, the Dynasty and our Metropolis.

Press fragment about the creation of Le Cercle